A common question we get when someone suspects a bat is in the house is, “What sounds do bats make?” The sound of bat, bird, or squirrel noises can seem alike. It’s an important to analyze the sound because it makes a difference in the animal control options you pursue.

Because of bat biology and behaviors, not to mention governmental guidelines, the bat control process is specialized. This means controlling nuisance bird or squirrel noises is very different from the correct approach to bat removal.

How can I tell bat noises from squirrel noises?

Perhaps you’ve looked online for rather entertaining videos about screaming gophers or what a red fox scream sounds like and so you thought, “what about screaming bats?”  Try that, and you will get a nightmare-worthy picture or video of a bat baring its teeth in what looks like attack mode.

For one such video, you can view this from my fellow Bat Specialists in Oklahoma.

You’ll also notice in those videos there isn’t much sound coming from the bat.  So, do bats make noises that you would likely hear in your house?

The answer is that they can, but it’s not the sole nor the main way that homeowners are alerted to the presence of bats in their house.

It’s time to play detective! Based on our experience, there’s an equal number of people who call us from a suspicious bat noise and from the sighting of bat dropping (guano). So keep an eye out for bat droppings in the attic, on the house, under an eave, or on the porch. Also, take a good look at your house before you back down the driveway—are there bats perched anywhere?

How then, can you be sure that the noise you hear is indeed a bat noise and not something else, like a squirrel noise?  Bats can vocalize a range of sounds from inaudible (from human’s perspective), ultrasonic sounds to louder aggressive vocalizations.  Also, the sounds a bat can make vary according to their species.  The most common audible sounds that bats make are chittering, squeaking and clicking noises.  Some use the word “chirp” to describe bat sounds, however, we like to avoid that term so as not to confuse people with the sounds that birds make.

Truthfully, most bat vocalizations are not that loud and usually not easily detectable unless you are in close proximity to them.  Now mind you, close proximity could mean on the other side of the wall.  There are times when bats get agitated or excited and therefore become more vocal.  This could be the result of change in habitat or squabbles with fellow chiropterans (For an interesting first-hand experience of this, please see this post).

It is possible that you might hear this louder noise.  We use this wording because, in our experience, it is not often that homeowners actually hear this.  But if you do hear a louder vocalized sound, the presence or feel should be that it’s coming from multiple organisms.  This distinction would help to discern whether bats are present or your problem lies with a larger animal.

More commonly, homeowners hear scratching and some rustling noises coming from bats. (Some might confuse this with squirrel noises.) This happens as bats move around, for example, entering or exiting the house or getting to or from their roosting places, frequently, some cozy spot in between the walls.   However, other animals such as squirrels, mice and rats can get in between walls.  Logically, according to their biology and behaviors, their movements cause noises that can distinguish them from bats.  For example, squirrels, mice and rats have legs and feet that will produce scurrying or pitter-patter sounds.  Raccoons are larger and so the scratching and walking sounds will be more intense.  Birds make noises by pecking or fluttering their wings.

You are not expected to be an expert on wildlife sounds. Squirrel noises, bat noises, most people can’t really tell them apart. Nor are you left alone to diagnose and resolve your problem.  We hope this article helps you be informed about what you’re up against. Our goal is always to steer you towards a solution that fits your needs.

Give us a call, and we’ll inquire about the noises that you may heard.  In some cases, we are able to determine over the phone that the critter you are dealing with is not a bat.  If the only evidence of animal home invasion is noises, then usually a home inspection is required to reveal whether your trespasser is a bat or some other creature.  We encourage you to call us at [call-out]  if you have any questions or to schedule an inspection.

We realize that you likely asked about bat sounds because you have an unwelcome creature in your house.  However, the subject of bat sounds, in general, is fascinating especially with more research emerging constantly.  For more in-depth articles about bat sounds vs squirrel noises, please see this article.

Need help with your bats?

YOU MAY ALSO ENJOY 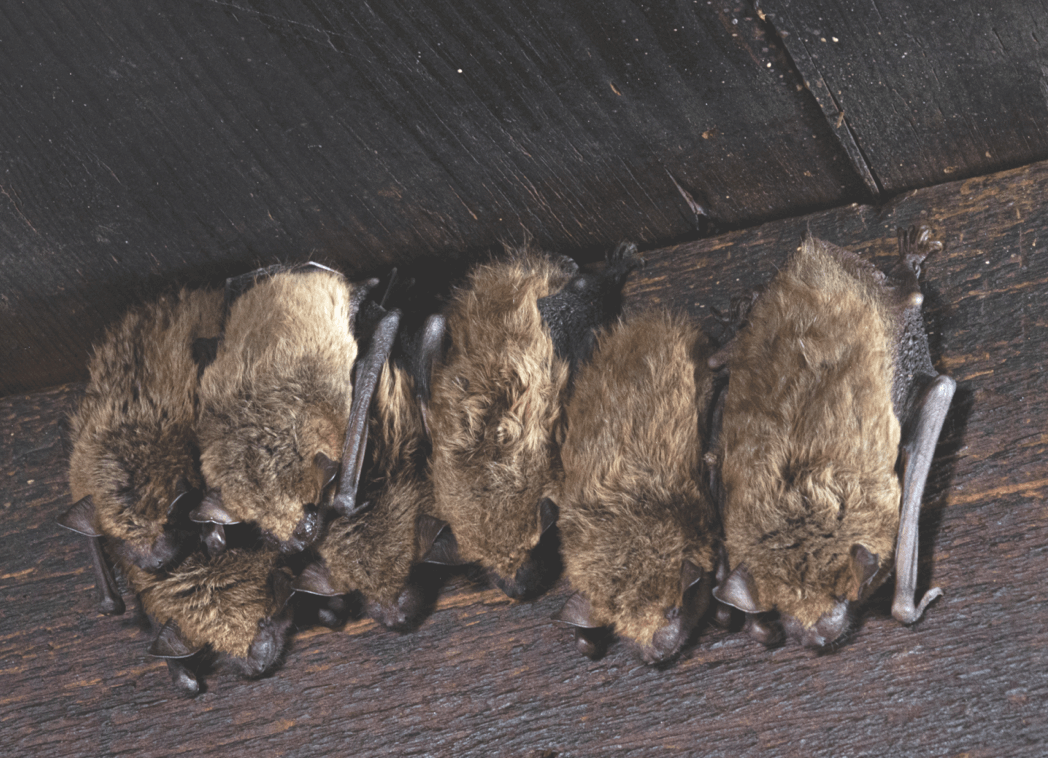 Help! I’ve Got a Bat in the House